Alex Jones has built infowars from the ground up putting profits back into the company to continue to grow Exponentially. Alex has never taken a loan and is not beholden to advertisers, investors or any other group that could censor or influence his position. The listeners and viewers are Alex’s partners and he has vowed to honor their trust and always remain truly independent.

The Fox News Rundown gives you the morning headlines, discussing the latest national news and information for you morning drive. 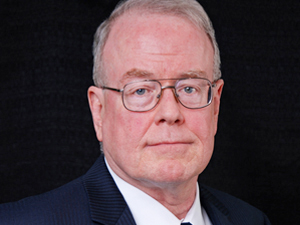 First Light signals the dawn of a new day. WestwoodOne’s First Light gets the day started right with a unique blend of breaking news, friendly chat, celebrity interviews and the latest from the worlds of entertainment and sports. You’ll hear today’s top stories and live on-the-air reaction from listeners across the country. Evan Haning has been on the air in Washington, DC for 30 years.  For nearly a decade, he was a reporter and anchor for WTOP, one of the leading all news stations in the country.  Most recently, he anchored afternoon drive for CBS’s WNEW-FM since it launched in 2012.  At WRC-AM in the 1980’s and ’90’s, he worked alongside some of the most interesting talk radio personalities in America.  After more than seven years behind the scenes and behind the mic on the internationally-syndicated Dr. Gabe Mirkin Show, Evan began filling in for Westwood One’s Jim Bohannon on America in the Morning and for Dirk Van on First Light.

America in the Morning 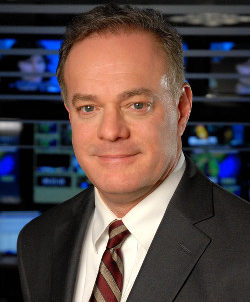 America starts the day with America in the Morning, Westwood One’s award-winning radio news magazine, because news doesn’t stop when you’re sleeping. America in the Morning offers up-to-the-minute news reporting from around the country and across the globe, with the latest overnight developments in breaking news, politics, entertainment, business and weather, delivered first thing in the morning. Program host John Trout and his staff of correspondents provide a fast paced look at the world, with specialized reports from where news happens. America in the Morning goes in-depth with analysis of critical events, and searches out stories of everyday life, with Jim Bohannon’s daily “The Offbeat.”

Glenn Beck  is an American conservative political commentator, radio host and television producer. He is the CEO, founder, and owner of Mercury Radio Arts, the parent company of his television and radio network TheBlaze. He hosts the Glenn Beck Radio Program, a popular talk-radio show nationally syndicated on Premiere Radio Networks. Beck also hosts the Glenn Beck television program, which ran from January 2006 to October 2008 on HLN, from January 2009 to June 2011 on the Fox News Channel and currently airs on TheBlaze. Beck has authored six New York Times–bestselling books.[12] 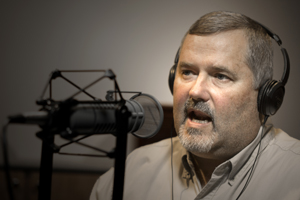 AgriTalk is a live, one-hour syndicated talk radio program for rural America, providing information that connects producers with consumers.  Launched in 1994, AgriTalk currently airs on more than 100 affiliate stations across the country.

Bill O'Reilly is an American journalist, author, and former television host. During the late 1970s and 1980s, he reported for local television stations in the United States and later for CBS News and ABC News. He anchored the tabloid television program Inside Edition from 1989 to 1995. O'Reilly joined the Fox News Channel in 1996 and hosted The O'Reilly Factor until 2017. The O'Reilly Factor was the highest-rated cable news show for 16 years, and he was described by media analyst Howard Kurtz as "the biggest star in the 20 year history at Fox News" at the time of his departure. He is the author of numerous books and hosted The Radio Factor (2002–2009).[7] Since 2017, he has hosted the No Spin News podcast which he founded after being fired from Fox.[8] O'Reilly is considered to be a conservative commentator.

Chip joined Pro Farmer as a floor reporter for Futures World News in January 1988 after graduating from Iowa State University with a degree in Ag Journalism. He spent 3 years reporting from the floors of the Chicago Board of Trade and the Chicago Mercantile Exchange as Bureau Chief for FWN.

Chip moved to the Pro Farmer headquarters in 1991 where he started as Electronic Services Editor. With Pro Farmer, he has been Sr. Market Analyst, General Manager, Editor of the company’s flagship newsletter and is now Editorial Director.

Dave started on one station in Nashville back in 1992 sharing practical answers for life’s tough money questions. Word spread caller after caller, and so did the show. The Dave Ramsey Show is now on more than 586 stations from coast to coast and has more than 13 million total listeners. A lot has changed through the years, but Dave’s practical advice on life and money has remained consistent.

Andy Hooser has been the Operations Manager for Steckline Communications now for 5 years, and host of the nationally syndicated radio program "The Voice of Reason". The Voice of Reason is a conservative talk show based out of the flagship radio station The Big Talker KQAM in Wichita, Kansas, that focuses on activism at the local level. The show discusses current events while applying Constitutional principles, traditional values, and logic to the issues of today. Being a millennial, Andy has a unique perspective on the struggles of our time, and tries to apply common sense, logic, humor, and sarcasm to the show. Andy believes the best way to approach the tough talk is with sarcasm, humor, and civility.  Andy has interviewed national guests such as nationally syndicated radio hosts: Joe Pags, Alex Jones, Laura Ingraham, Jim Bohannon, Dana Loesch, and more. He's chatted with political pundits Corey Lewandowski, Dinesh D'Souza, along with numerous pundits from National Review, Washington Times, and other media sources. The Voice of Reason is home to local issues and events as well as interviewing Congressmen, State Legislators, Governors, Mayors, City Councilmen, and local activists.  Andy also is a regular guest and guest host for the nationally syndicated radio program "Armed American Radio with Mark Walters". 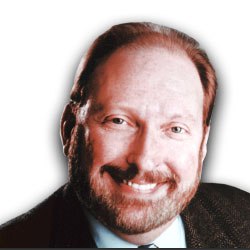 Jim Bohannon talks to special guests and his loyal callers about a spectrum of topics ranging from current events and politics to entertainment and pop culture. Jim is on the air with the newsmakers who are on the scene.