Buck Sexton is host of the nationally syndicated radio program, “The Buck Sexton Show,” heard on over 100 stations across the country.

Buck is a political commentator and national security analyst who appears frequently on the Fox News Channel and CNN. He has also had the distinction of being a guest host for Rush Limbaugh, Glenn Beck and Sean Hannity on their nationally syndicated radio shows, and is the only talent to have hosted all three shows.

Buck formerly served as a CIA officer in the Counterterrorism Center (CTC) and the Office of Iraq Analysis. He completed tours of duty as an intelligence officer in Iraq and Afghanistan, as well as other hotspots around the globe, and led intelligence briefings for senior U.S. officials including the president. Buck also served in the New York Police Department (NYPD) Intelligence Division working on counterterrorism issues.

He was born and raised in New York City, where he currently resides.
Read more 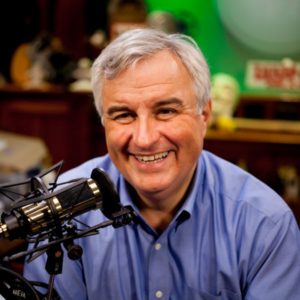